Last week, we cast the lead role in Double Down, the upcoming sequel to HBO’s Game Change that will focus on the 2012 Republican presidential primaries. In our poll, the readers spoke loud and clear: Bruce Campbell should get the nod.

But now the fun is really beginning. The rest of the Republican field is a colorful cast of characters. They made for a long primary season that was equally entertaining and frustrating, but the movie version of those events should be just plain fun. Each of these characters represents a great opportunity for overacting.

When considering casting, there are surely big stars who could tackle any of these roles. I’d love to see Jack Black’s take on Newt Gingrich, and Josh Brolin is the obvious choice for Rick Perry. Meanwhile, Jennifer Garner basically already played Michele Bachmann in last year’s Butter. But HBO could never get these megastars to play what will surely be small roles in a TV movie – even if it is HBO. To cast these supporting roles, we have to look past the stars and find actors who are either up-and-coming or, more likely for the relevant age bracket here, a bit past their prime. Here are my picks:

I toyed with Amanda Peet and Cheryl Hines, but I’d like to see Brooke Shields get a shot at this. She has got the right look, is the right age (ish),  and can handle comedy. Contrary to popular opinion, Shields is still working – she did three episodes of Army Wives this year and has been a recurring character on Jimmy Fallon’s Downton Abbey spoof, entitled Lady Nora. Bachmann will likely have a small part in Double Down, as she did in the primaries, but Shields could have a lot of fun with the role. 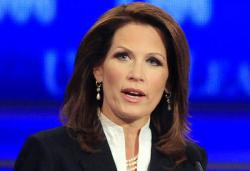 Whoever nabs the role of Santorum will likely have a lot of screen time, as he hung around in the primaries against Romney the longest. So it’s gotta be an actor with some credentials. But Santorum is an odd-looking chap without a true Hollywood double. I’m thinking Ed Helms could do it. He’s made his living playing square guys living just a bit over their heads, an apt description of the situation Santorum found himself in back in 2012. Helms is known for comedy, of course, but his work in The Office hinted that he could handle something a little more substantial. If that’s what we’re calling Santorum these days. 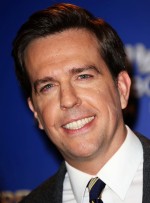 Again, Josh Brolin is the obvious choice here, but he’s just too big a star. The next best option is Bill Paxton. He’s closer in age to Perry (Paxton is 58, Perry 63), yet he is not quite famous enough to be picky about the size of the role. Paxton has Texas bona fides, too; he was born and raised in Fort Worth, just a couple hours east of where Perry grew up.  There is also the issue of brainpower. Perry was labeled a dunce during the campaign due to his many debate slip-ups; I can’t speak to Paxton’s real-world IQ, but he built his career playing dim bulbs in movies like Weird Science and Aliens. 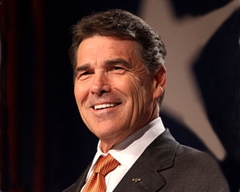 I thought about everyone from Philip Seymour Hoffman to Brendan Gleeson. Oh, and John Goodman always gets a mention when overweight actors are in need. But in the end, I came up with an idea so crazy it might work: Larry the Cable Guy. Of course, Larry is just the comedic persona of Dan Whitney, a struggling Texas comedian who created an identity that played well in the red states. But if Whitney is willing to shed his sleeveless skin for a more prestigious role, he could be a fine choice to play the former Georgia Congressman and Speaker of the House. Check out this old, grainy clip of the real Dan Whitney to get an idea. The only problem is I’ve never seen Gingrich in a hat. Come to think of it, I’m not sure they make sizes that big. 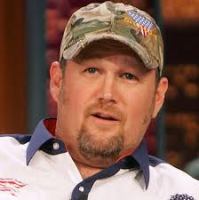 There is, as always, a dearth of black American movie stars to choose from. But the list of great black character actors is long. Jeffrey Wright would be tremendous, but he might actually have too much gravitas for Mr. 9-9-9. How about Clarke Peters? He killed it in The Wire and Treme and impressed everyone who saw last year’s Red Hook Summer with his lively performance as a preacher with a dark past. Granted, few people saw the performance – the Spike Lee joint made less than $1 million in domestic grosses – but that could work in his favor and make it easier for audiences to suspend their disbelief and buy him as the pizza-magnate-turned-brief-Republican-frontrunner.

If star power were not an issue, Edward Norton would be the choice, but I keep coming back to Sam Rockwell, who continues to be one of the most underrated actors of his generation. I can’t quite put my finger on what the former Utah Governor and star of Charlie’s Angels and other have in common – they both have something of a squirrelly quality – but I’m convinced Rockwell can do just about anything. So there. 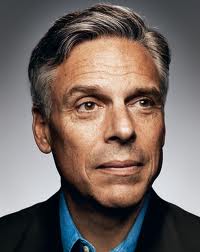 On this, there should be no debate: Ian McKellan. Discussion over. 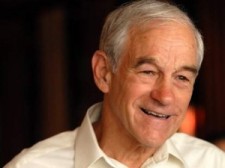 What did I get wrong? Who did I miss? Weigh in with your picks in the comments section!