Yesterday, AFI Docs concluded here in Washington, DC. Formerly known as SilverDocs, it is the premiere documentary film festival in the United States. For example, all six 2009 Academy Award-nominated documentary films were screened at Silverdocs 2008. This year, guest writer and documentary aficionado Anthony Flores and I tag-teamed the festival. Over the course of the next two days, we’ll present a series of capsule reviews of our highlights and lowlights. Here we go:

At first glance, Running from Crazy might seem like a paint-by-numbers documentary. It has a literary legend, a modern celebrity, a heart-tugging social issue, and rare archival footage. It’s a documentarian’s dream, but what’s even more impressive is that director Barbara Kopple (Harlan County, U.S.A., Shut up and Sing) melds these somewhat disparate elements into a compelling whole.

The legendary Hemingway name is associated with great talent, lust for life, and also depression and substance abuse. Kopple explores the ups and down of this famous family through the eyes of Mariel Hemingway, the former teenaged star actress who has now settled into a quieter life, though one no less fraught with personal drama (her boyfriend serves as the film’s villain).  The film jumps back and forth between her life and the life of her late sister Margaux, one of the world’s most famous models who committed suicide (much like her grandfather Ernest) at middle age.

Early in the film, I got a sinking feeling that I was watching a puff piece about Mariel Hemingway and the second act in her life, but several startling revelations later, Running with Crazy becomes a dramatic inquiry into the Hemingway family. They say every family is crazy but in different ways, and Running from Crazy, which tells a unique but relatable story of one family’s struggle, proves that the old adage is true.

In his intro to Caucus, director A.J. Schnack (Convention, Kurt Cobain: About a Son) invoked another fly-on-the-wall campaign documentary, 1993’s The War Room.  This is fine company and raised the bar for Caucus.  Amazingly, the film met it.

Caucus follows the Republican presidential candidates as they campaign for the 2012 Iowa Caucus.  The film presents its material without narration, and by stripping away editorial comment, the footage shows the human side of the politicians.

While Mitt Romney comes across as awkward and uncomfortable, and Michelle Bachmann comes off as aloof, the heart of the documentary is Rick Santorum.  Santorum created a seismic shift in Iowa, building support one meeting at a time.  Between these and his big speeches, you will gain a respect for the man and the strength of his convictions even if you disagree with him.

One telling incident: after months of yeoman’s work and single digit support, the last poll shows him surging into a statistical tie for first, at which point he simply looks at his advisor, and asks “Is it real?”

No, Rick.  The Iowa Caucus is surreal. 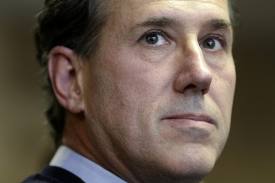 If You Build It

Innovative education programs shouldn’t be difficult.  Get a good teacher, a unique idea, and some class space, and the students will reap the benefits.  Still, many a program has been hobbled due to bureaucratic inertia and local politics.

If You Build It is set against the backdrop of one such fight.   Humanitarian designer Emily Pilloton and architect Matt Miller come to Bertie County, the poorest in North Carolina, to start an alternative school program.  Called “Studio H,” the curriculum is focused on design and construction.  Emily and Matt are great teachers who carry on despite indifference from the local school board.

It is important to remember that students should be the focus of education reform.  In this film, it is the students who are the stars.  They are clever, enthusiastic, and funny.  Watching these students learn new skills and find a feeling of accomplishment is a delight.

Come back tomorrow for Part 2.