I’m not breaking any news when I say that there are a lot of folks who don’t like The Newsroom. Their criticism, however, comes from many places. Some are frustrated that the show seems to be just a vehicle for Sorkin to voice his liberal politics. Others have have pointed to its inaccuracies (“Embedded reporters can’t get kicked off a press bus? They pay for those seats!”) as a reason not to take it seriously.  I have always been willing to forgive Aaron Sorkin and co. a few mistakes because I believed in the show’s underlying argument: the mainstream media has been screwing up, and our democracy is suffering as a result. I don’t always agree with Sorkin’s politics, but I think he has identified the correct problem.

But Sunday’s episode, prosaically titled “Unintended Consequences,” may have betrayed Sorkin’s true purpose. It also proved that first group of critics – who argue that the show only exists for Sorkin to voice his political opinions – correct, and the whole thing left me feeling a bit manipulated, a lot like one of the episode’s most maligned characters.

I’m talking about Shelly Wexler, the Occupy Wall Street protestor whose storyline comprised a large chunk of “Unintended Consequences.” Neal convinces Mac to give her a few minutes on the show because he presumably cares about the movement, or at least he thinks it’s worthy of coverage. Will agrees, but once on the air, he mercilessly browbeats her, embarrassing her thoroughly and presumably striking a blow to the movement. Neal, too, betrays her feelings; struck with the notion that she can help him with another, much bigger story, he brushes off her anger and pesters her for help. Even Sloane and Don, my two favorite characters, get into the act. When Neal brings them to offer an official News Night apology, they end up insulting her. 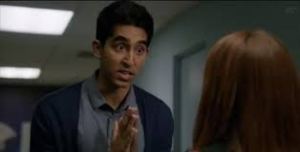 I think Sorkin is giving OWS short shrift here, but that’s not really the point. It’s not surprising that he would be critical of OWS, as his politics have always been center-left, not really left-left. There is even evidence that President Bartlet of The West Wing, a iconic dream president for many young progressives, was not the leftist that many have made him out to be.  Still, I expected something different than what we got here, mostly because the whole point of the show is to be different. See, the way that Will and the team treat Shelly is only marginally better than how OWS was actually treated by the actual media. Sure, they give her five minutes on the air, but for what purpose? To treat her rudely, criticize her movement, and make her look foolish.

This condescending depiction of OWS reveals what I’m afraid is the true purpose of the show. We were told that the aim of The Newsroom was to revise mainstream media coverage of recent events and set the record straight. If that were the case, you would expect Sorkin to have a different take on OWS than others in the media. But instead they seem to have a basic agreement: the protestors’ hearts are generally in the right place, but the movement was critically ill-conceived and not to be taken seriously.

Sure, Sorkin throws a few bones to OWS supporters: Will eventually, smugly agrees that he should cover corruption in the finance industry more, and Shelly gets to fire off a few zingers of her own. But those few moments of grace do not erase the critical attitudes the show put forth about OWS, and it’s an attitude that comes much closer to defending the mainstream media than criticizing it. And if that’s what The Newsroom is doing, I’m not sure why I’m even watching it. I can just watch the real news.