On this last day of 2013, here is a quick look back at my top posts of the year, listed in order of popularity. If you like these, don’t forget to check out my work at other publications, such as The Atlantic and Movie Mezzanine. Thank you for reading this year and for making Reel Change a success.

5. Why the Homoeroticism in “Top Gun” Matters

In February, I went to see Top Gun in the theater as part of its re-release in 3D. My little secret was that I had never seen it before – ever. I had heard about the homoerotic undertones but was thoroughly unprepared for how deep they run in the movie’s plot, themes, and purpose:

I had heard about the volleyball scene, in which Maverick and three of his colleagues flex, hug, and pat each other on the butt while playing shirtless in the California sun. I had heard about the intense erotic stares between Maverick and Iceman (Val Kilmer). Nobody ever mentioned the exclamation – “I want butts!” – by Maverick’s superior, irate after an unauthorized fly-by caused him to spill coffee on himself. And I was particularly startled by an early scene in which Maverick and his flyboys are watching a video of planes being shot down, when one student whispers to his friend that it “gives [him] a hard-on.” His friend’s reply was impossible to misinterpret: “Don’t tease me.”

Read Why the Homoeroticism in “Top Gun” Matters here.

In advance of this summer’s The Lone Ranger and its revisionist depiction of Native Americans, I wrote up a condensed history of the Western and its evolving relationship to the Native American community:

These days, film historians agree that the depiction of Native Americans in westerns can be seen as a reflection of each era’s perspective towards a different oppressed minority, black Americans. Filmmakers were forced to use the Native American as a stand-in because of the Production Code’s strict prohibition on discussion of racial issues in movies. So while classical westerns like Red River (1946) and My Darling Clementine (1948) depicted Native Americans as murderous savages who posed an existential and physical threat to the advancement of Western civilization, this type of portrayal would become obsolete by the beginning of the Civil Rights Era. The Man from Laramie(1955), a classic Jimmy Stewart western, hinged on the killing of a white man by Indians, but the real villains were the white landowners who sold them the rifles.

Read How to Watch “The Lone Ranger” here. 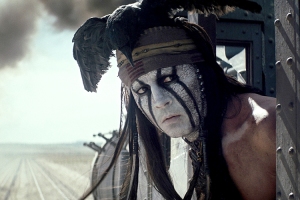 3. Why No Actress in Her Right Mind Would Play Hillary Clinton

In the spring, it was announced that director James Ponsoldt (The Spectacular Now) would be adapting Rodham, a screenplay about the early life of Hillary Clinton into a movie. Several top actresses were floated to take the starring role, but  they all eventually turned it down. As of now, the producers have still not found their HIllary. In this post, I speculate as to why:

[I]f the film incurs Hillary’s wrath, then so will the actress chosen to depict her. Is a good role worth pissing off the next leader of the free world? Maybe it is for an unknown, but definitely not for an already-successful actress. I wouldn’t suggest that President Hillary would ever launch some kind of vengeful campaign of terror against whomever decides to take the role, but why take the chance? Do you really want a Clinton mad at you?

Read Why No Actress in Her Right Mind Would Play Hillary Clinton here.

Everyone remembers the destruction that Superman and General Zod inflicted upon Metropolis at the end of this summer’s Man of Steel. Now that the sequel is in pre-production, where will director Zack Snyder and his team find a city that can replicate such urban destruction? Snyder chose the city most impacted by the 2008 financial collapse:

[I]f Snyder is looking to Detroit to place the role of a decimated Metropolis, then maybe he plans to address the fictional city’s destruction in a more meaningful way.  It is clear that the city won’t be rebuilt in this new film and that the mass destruction in Man of Steel will play at least some role in the sequel. If it were otherwise, they wouldn’t use Detroit. Kudos to Snyder for lingering on that destruction and addressing the affects of it, instead of brushing it under the rug and continuing our mass desensitization to human suffering. 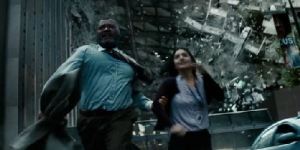 This blog post, which had over 400,000 views over the course of a couple days, dared to ask the question that was on everyone’s mind: Is Maggie Jordan the stupidest character in the history of television?

Forget about the way she has so badly mismanaged her love life. People do that in her twenties. Forget about the way she confused Georgia (the state) with Georgia (the country) last season; happens to the best of us. But I will always remember this episode because it is the one in which Maggie actually speaks these ridiculous words, “Can you think of anything about Africa that is relevant to Americans?”