Well, it had to happen. Time relentlessly marches on, and now it is officially awards season again. The critics’ boards are making their choices, Top 10 lists are filling my Twitter feed, and we even have our first front-runner controversy. Of course, all of the awards are just appetizers for the Oscars (which will air on ABC on February 26 at 7 PM Eastern). If you are in the movie business, this is the season of “For Your Consideration” ads, in which movie studios urge Academy members to vote for the films and performances they have chosen to promote. Studios place these ads in trade magazines and on billboards; for those in the Los Angeles area, they are inescapable.

I’m not sure how often the Academy members read movie blogs, but just in case, here are a few choices they may not have considered. The films and performances listed below are unlikely to be nominated, as they are either from smaller films or just those that are not considered prestigious enough for the Academy. But they should be considered because, for me, they were each among the best of their kind.

Rockwell is a unique entity. Homely and short (I’ve seen him in NYC a couple of times, and the guy can’t be taller than 5’6”), he somehow manages to exude movie star charisma in films like Charlie’s Angels and Matchstick Men. In this fall’s meta riff on movie violence, Seven Psychopaths, Rockwell puts those talents to good use as the violence-loving best friend to Colin Farrell’s struggling screenwriter.

As Rockwell gets Farrell deeper into trouble, we begin to question whether he is just a figment of the screenwriter’s imagination – and whether their story is real or just an Adaptation­-style postmodern critique of violent movies. Rockwell’s performance keeps us on that tightrope for the length of the film, and he is hilarious doing it. It may be too funny a performance to be recognized by the Academy, but it is too good to go unrecognized. 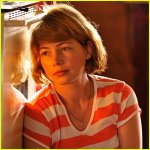 Kathryn Bigelow was the first woman to win a Best Director Oscar four years ago, and she may very well win again this year for Zero Dark Thirty. Notice the common theme: both movies are about soldiers in combat, a place where women are not allowed. Perhaps that makes it more of an accomplishment (or perhaps she is winning by playing a man’s game), but I can’t help but wish that the next woman to win that award is someone like Sarah Polley, who directed this year’s Take This Waltz and coaxed out of Michelle Williams my favorite female performance of the year.

In the film, Williams plays a young housewife married to a sweet, boring cookbook author (Seth Rogen) in Toronto. She has a “meet cute” with a handsome artist/rickshaw driver who happens to live across the street, and they begin a very tentative courtship. Take This Waltz is small and sensitive – exactly the kind of movie the Academy overlooks – and it is impossible to imagine without Williams. She gives a confident performance that highlights her gifts for emotional subtlety, her sexuality, and even the wounds of her relationship with the late Heath Ledger, with which we have come to unconsciously associate her in our minds. At just 32 years old, she has already received three Oscar nominations (two in the last two years),  but she has not yet won. For this subtle and startling performance, she deserves another.

After having spent the last two decades establishing himself as a weirdo-for-hire in violent movies made by Tarantino imitators, Christopher Walken’s 2012 came as quite a surprise. In Seven Psychopaths, which itself is influenced by Tarantino, Walken provides is a sensitive soul, a weary, aging hitman searching for some peace in his golden years. He was also terrific in Todd Solondz’s Dark Horse, an under-seen gem, in which Walken must offer tough love to his thirtysomething loser son who is still living at home.

But his performance in A Late Quartet is the one to write home about. As the cello in a quartet that has played together for decades, his character’s illness sets in motion a series of actions that threatens both the quartet and the personal relationships of its members. Walken plays his character as the instrument itself: quiet and steady, holding everything together with a calm and soothing tone. It is a far cry from the self-parody that had emerged in recent years – and a welcome development.

I always thought that she deserved a nomination for her performance as the bride in 2008’s Rachel Getting Married, but let her instead be recognized for her performance as the heart-broken vegan lesbian who causes a rift between best friends played by Mark Duplass and Emily Blunt in the terrific Your Sister’s Sister. Duplass has the flashiest role, but DeWitt’s challenge is larger, especially because her character could easily have been a stereotype. The script has several twists (and one very big turn), and our opinion of Hannah changes with each one. But DeWitt keeps her character consistent and, surprisingly, achieves the largest emotional impact.

The brilliance of this screenplay is that it uses the idea of time travel mainly just as a MacGuffin. Safety Not Guaranteed is not a sci-fi time travel movie, like this year’s Looper. It is a character study of  a jaded, cynical young person learning to be honest with herself and with others. Aubrey Plaza and Mark Duplass (he had a very big year) bring the characters to life with gusto, but it is Connolly’s script that lays the groundwork. At heart, this is not a challenging story, and it hits many of the same beats you will find in any good romantic comedy. But where Safety soars is in the specificity of its characters. The two lead characters are always real to us, and in a story so fantastic, authenticity is a major accomplishment.

When people say a novel is “unfilmable,” like they did with David Mitchell’s Cloud Atlas, they usually mean that its scope is so large it cannot be fashioned into a two-hour movie. Ultimately, they are talking about the screenplay, not the direction, so we can all agree that the screenplay for Cloud Atlas essentially accomplishes the impossible. The book tells six stories, crossing oceans of space and eons of time, but it stays with each story for a while, getting the viewer acclimated to the characters and dialects. The screenwriters of the film (also the directors) take a different tack, constantly jumping back and forth between each story, sometimes staying with each for no more than a minute. The result is a film that feels more like one story than six. It magically melds time and space, while displaying a Buddhist sense of singularity and offering a powerful, if somewhat simplistic message.

The stories are sometimes tragic but often inspiring – overall, it is a rousing affair that will leave your head and your heart spinning. Tywker and the Wachowskis get points here for simply making Cloud Atlas watchable – in the end, the film is much more than that.

The bigger the myth, the tougher the challenge: that’s the reason that Spielberg is such a shoo-in for directing Lincoln. It’s a fine movie, but he gets degree-of-difficulty points for taking on one of America’s most sacred myths and winning. For comic book fans, The Avengers are as big a myth, and unlike Superman or Batman, they had never been committed to film – at least not all at the same time. The pressure was immense.

Although Whedon both wrote and directed The Avengers, which was the year’s biggest hit by almost $150 million domestically, I think his direction deserves accolades. After all, he did not have to write any new characters, as they had already been well-established by the scripts and performances in previous Marvel films. But corralling all of them into the most highly-anticipated comic book movie perhaps ever – and actually living up to the expectations of millions of fanboys? Now that’s impressive. 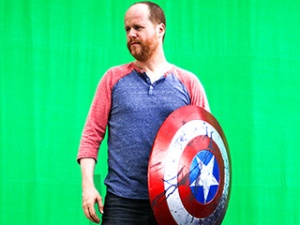 Whedon gave those fans everything they wanted: the clash of personalities when the superheroes first come together, several terrific action sequences in which they learn to work as a team, and some terrific smashing by Hulk, ridding the comic book world of the sour taste left in their mouths by Ang Lee’s 2003 disappointment, Hulk.

But this was not merely an ode to comics. The Avengers spoke very deeply to the political and cultural values of our era. It traded on 9/11 imagery in its climax but used the language of hope and community that has defined the Obama presidency – or at least his campaign. In other words, Whedon crafted a highly commercial story out of our worst fears and our deepest hopes, and in doing so, he pleased dedicated fans and newcomers alike. Bravo.

In this era of reboots, Skyfall is the one that made all the rest worthwhile. Technically, 2006’s Casino Royale was the film that rebooted the character of James Bond for the modern era, but Skyfall shows us something no Bond film ever has before: the man behind the myth. 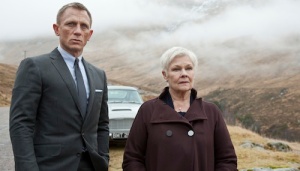 In presenting a classic character in the context of a new post-9/11 world, it is not unlike Christopher Nolan’s The Dark Knight – and Skyfall’s villain, the reptilian computer hacker Silva (Javier Bardem), is almost as terrifying as Heath Ledger’s Joker.  But Nolan’s trilogy never quite seemed like a classic Batman story – instead, Nolan was using the character of Batman to explore his chosen issues. Skyfall, on the other hand, is Bond through and through, and the winks and nods given to older iterations of the famous spy only serve the film’s exploration of its central themes: Are we more than the summation of our life’s events? Can we ever break free from the past? Or perhaps more to the point – should we?

The film takes as many leaps with its visual style as it does with its story and themes. Cinematographer Roger Deakins has composed the most visually artful Bond film yet, and he deserves an Oscar, even if the film itself won’t earn one. Director Sam Mendes helmed this masterpiece, and although his career has been spotty (American Beauty, The Road to Perdition, Away We Go), this is his most successful picture yet. To put it most simply, Skyfall succeeds on every level.