When considering the lobbying power of the MPAA, the trade group that represents six major Hollywood movie studios, I have often wondered what it is exactly they lobby for, besides the status quo of deregulation and the occasional copyright law. The fiscal cliff deal, passed two days ago, gave us an answer. A careful reading of the bill found several big-ticket items for special interest groups, one of which is the movie industry:

Special expensing rules for certain film and television productions allow studios to deduct up to $15 million of movie production property costs if at least 75 percent of the total compensation for production is in the country. If a significant amount of production expenses take place in low-income or distressed communities, studios can deduct up to $20 million.

The ostensible purpose of this tax break is to encourage studios to make movies in America. While keeping movie productions in the states will have a small impact on local economies, it’s unclear that such a tax break will actually affect studio practices. In fact, this language marked the extension of a tax break that has already been in place for some time, but studios can still find larger tax breaks in other countries such as Canada. This is why we consistently see films that are set in New York or Los Angeles bearing no resemblance to those iconic cities. All this tax break extension will do is provide taxpayer-funded gift to those productions that were planning on filming here anyway.

So instead of giving a boost to local economies, this is just another government giveaway to an industry whose huge influence on Capitol Hill is just finally being understood. According to the Joint Committee on Taxation, this extension will cost American taxpayers $430 million in the next fiscal year. Those Hunger Games sequels better be awesome. 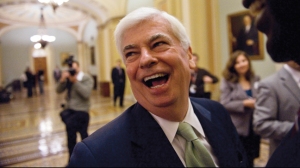